The scheme has now been in force since December 2020. The Council will take a decision by May 2022 on whether to make the scheme permanent with, or without, modifications. Their decision will not depend solely on the views of residents. They will also take account of a fuller report on the effects of the trial, and the feedback they get at proposed consultation events.

You should have received a leaflet from the Council summarising the results of its interim report on the Canonbury West people-friendly streets trial. (You can find our comments on the interim report below.)

We have seen draft plans by the Council to restrict through traffic between Upper Street and Canonbury Road/Essex Road. These have not yet been finalised and published for consultation with residents of St Mary’s Ward. If they are confirmed they would cut all through traffic in Braes Street, Cross Street and Gaskin Street. Traffic in Canonbury Place will be one way towards the east. This would make it extremely difficult for residents of Canonbury Square and Alwyne Villas to reach Upper Street or the Angel. We shall be contacting local councillors and you may wish to do so.  Their email addresses are:

The Council have now agreed to exempt blue badge holders from the restrictions in their own neighbourhood with limited exemptions in other LTN areas. We think this is too restrictive and details of how the exemption would work are still sketchy.  We shall be pressing for blue badge holders to be exempt throughout the borough and the whole of London.

Possible changes to our LTN

It now seems very unlikely that the LTNs in Islington will be abandoned. They are not just an Islington Council policy but also reflect the London Mayor’s transport strategy and the Government’s policy on reducing carbon emissions. The Government’s aim, set out in their huge document: Net Zero: Building back better is that ‘half of all journeys in urban areas will be cycled or walked by 2030’ and they say that they will spend £2billion to deliver ‘thousands of miles of safe, continuous routes for cycling in towns and cities…along with more low traffic neighbourhoods and school streets’.

Moreover, as we are so close to the traffic congestion of Highbury Corner and St Paul’s Road, if the LTN were to be removed the volume of traffic cutting through Canonbury would be substantial.

One option would be to restrict some of the entry and exit filters to peak hours, or to relocate the filters. If the St Mary’s Ward proposals are confirmed our original preference to have the Canonbury West filters next to St Paul’s Road and allow entry and exit via Canonbury Square and Canonbury Road would now be much worse because they would cut us off from Upper Street and the Angel which we can presently access via Compton Road, Grange Grove and Highbury Corner.

A number of groups in Islington are pushing for the use of Automatic Number Plate Recognition (ANPR) to allow residents to drive through the LTN restrictions on a borough wide basis. Such a scheme is used in Hammersmith and Fulham.

Some residents in Canonbury West are forming a campaign group for the use of ANPR as stated above. If you are interested in being part of the Canonbury West Action Group please contact canwestobjects@gmail.com

You should have received a leaflet summarising the Council’s main findings in an initial survey. You can access the full 86-page report here.

We find the report difficult to understand in several respects:

We should like to know whether any of these changes reflect your personal experience of the scheme and we are conducting a second survey. Please complete the survey by 15 December 2021.

Results of Traffic survey from December 2020

We conducted a survey on the LTN in December and you can see the results here.

The Friends of Canonbury Square

The Friends of Canonbury Square hold community gardening sessions on the third Saturday of every month, apart from in August when they take a break. For further information see their website. 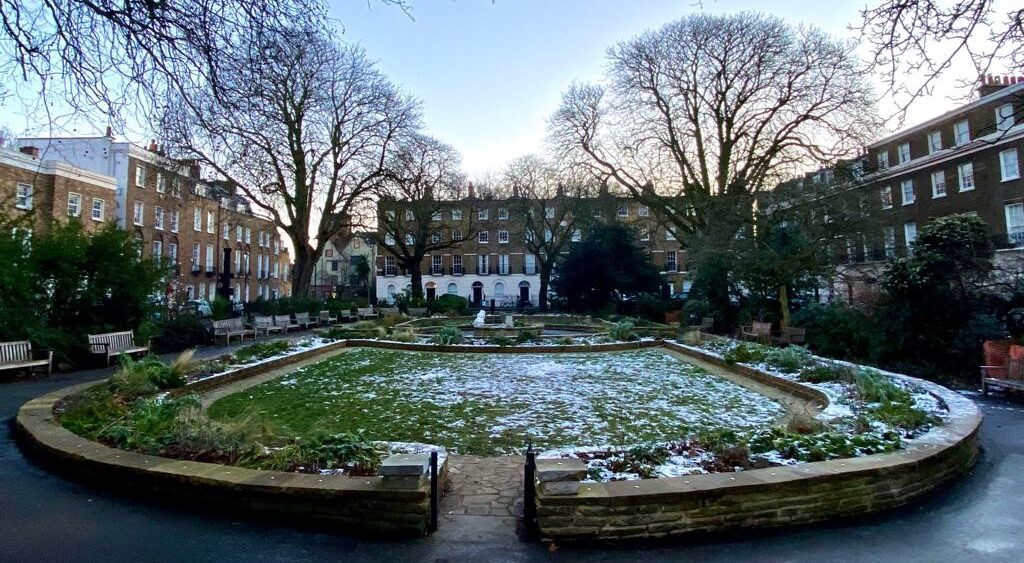 Report anything that looks suspicious!

Islington’s Greenspace team have provided contact numbers to ring if you see anything in the Canonbury Square parks that worries you, call Parks Patrol on 07970 893588. This is a two-person team with dogs that work during day-light hours and after-dark. They work closely with the police. You can also call the Anti-social Behaviour team on 0207 527 7272. This team works with Parks Patrol and typically deals with threatening and drunken behaviour.

Please be aware that thieves operating in the Canonbury area are stealing catalytic converters from parked cars. For tips on how to protect your car, please click on this link.

The Canonbury Society lost a loyal member in 2020, and a great friend and neighbour in Gavin Menzies. Gavin wrote about why he loved Canonbury in the 2014 edition of our newsletter. Our thoughts are with Gavin’s wife Marcella and his daughters Vanessa and Samantha.

If people want to make any donations in his name please do so to Alzheimer’s Society or Parkinson’s UK. 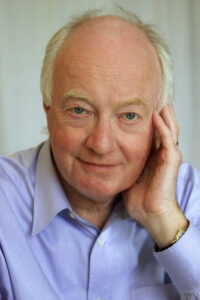