The Origins of the Society

In the early 1970s, most of the charming Victorian villas on Alwyne Road, Alwyne Place, and Alwyne Villas came perilously close to being redeveloped as three and five-story flats. That was the beginning of the  ‘Battle of the Alwynes’ and the birth of The Canonbury Society.

The project to rebuild the Alwynes was a very imaginative one designed by Anthony Blee of the Basil Spence partnership; and in normal circumstances, or a few years earlier, the Council, as the Planning Authority, would have had difficulty in refusing planning permission on grounds that would stand upon an appeal by the applicant. Fortunately, however, with strong support from The Islington Society and from local residents, the Council, when it designated most of Canonbury as a Conservation Area under the terms of the 1967 Civic Amenities Act, included not just the Georgian Terraces of Canonbury Square but also the Victorian villas making up most of the area to the west of it. 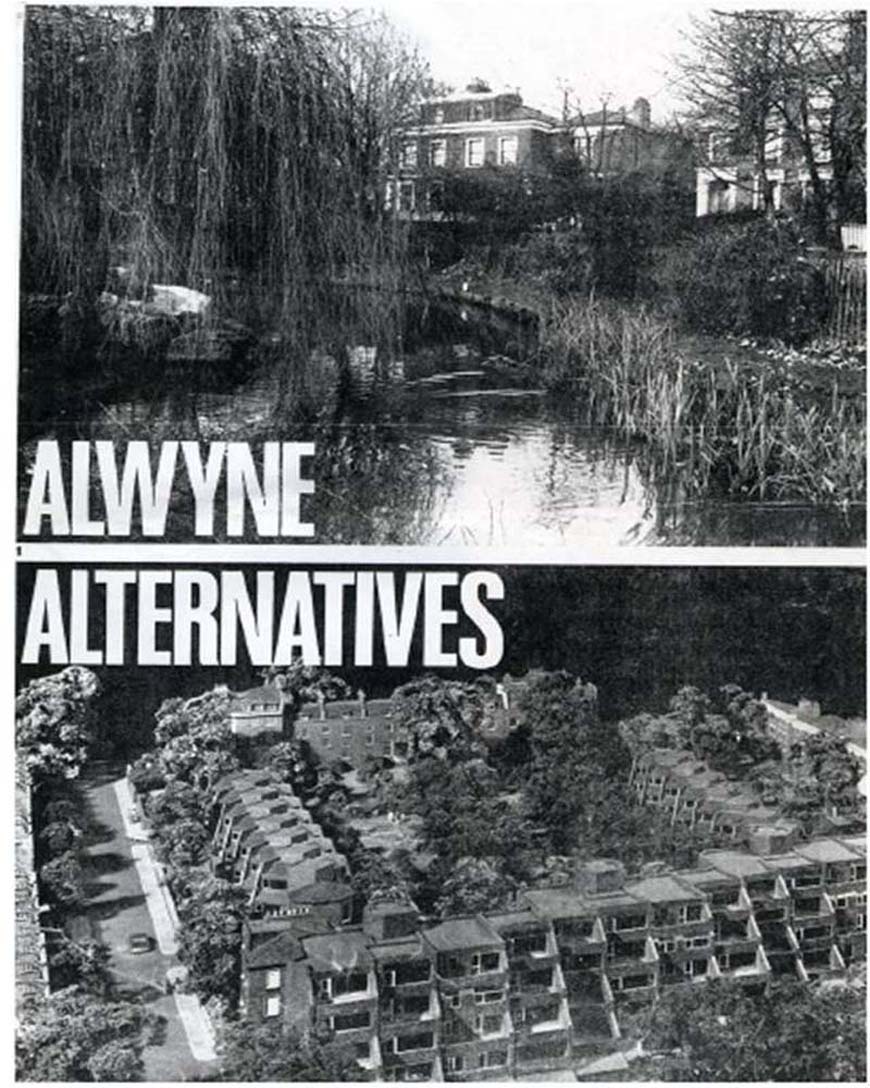 In spite of the adverse publicity, the Northampton Estate continued with its plans, and it was left to a professor of pathology, Barrie Scott, who lived at 35 Alwyne Road (not one of the houses under threat) to carry on the fight for the Alwynes virtually single-handed. He was supported with architectural advice by Canonbury resident Harley Sherlock.

Early in 1971, they established The Canonbury Society which held its inaugural meeting on February 1st. This brought in Roger Button, another architect, who lived at 1 Alwyne Place. He became a very active Secretary of the new society, who didn’t allow the fact that his minutes were beautifully hand-written to tempt him into brevity! And his handwritten newsletters not only looked attractive but were excellent at keeping us all informed about what Barrie and the rest of us were up to.

The result was that by the time the Council received the Northampton Estate’s planning application on November 11, 1971, it was receiving representations not only from the Islington Society but also from a powerful group of local people set up specifically to do battle on the Alwynes. The Council (Conservative controlled at the time) was sympathetic; and in June 1970 it had already acted on the apparent weakness of the Civic Amenities Act by asking  Peter Walker, the Minister responsible for the Department of the Environment, to add Canonbury’s Victorian villas, mentioned in the Islington Society survey, to the statutory list of historic buildings.

Just before the Estate’s planning application was formally submitted, the DoE rejected statutory listing. All seemed lost – especially as a Private Member’s Bill to strengthen the Civic Amenities Act had just failed. But John Grant, our MP at the time, had been keeping us informed about the abortive Bill and it was not difficult to persuade him that a parliamentary question from him to Peter Walker about the obvious failure of the Civic Amenities Act, in this case, might lead to a strengthening of the Act: to the advantage not only of his constituents but also of the whole nation. He accepted the challenge; and his question did indeed get the Act eventually strengthened. Better still, from our point of view, it had one immediate and unexpected effect. The Northampton Estate didn’t like the idea of their affairs becoming the subject of very public Parliamentary exchanges; and, without waiting for the Act to be amended they promptly withdrew their planning application for the rebuilding of the Alwynes. 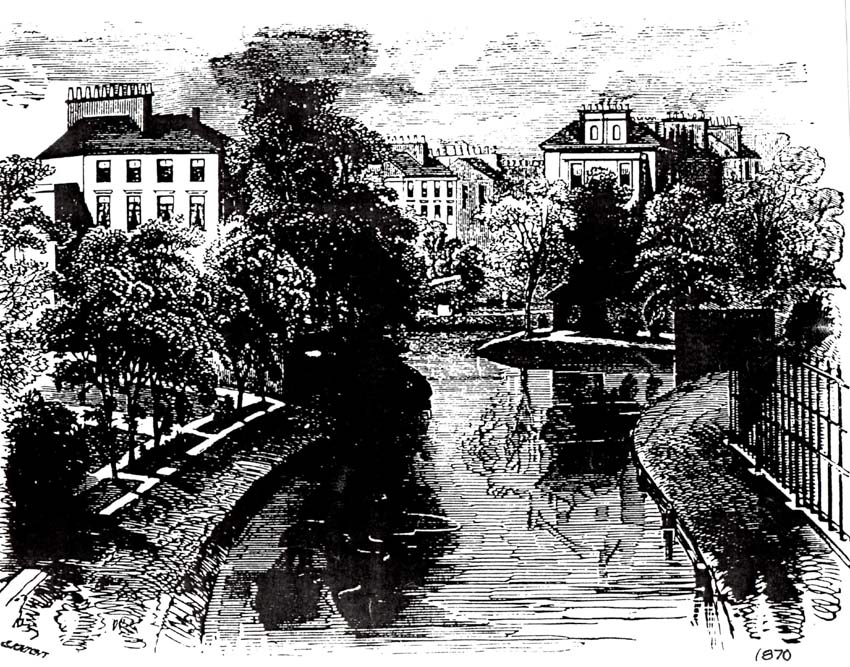